Asus’ new Tinker Board is a beefed-up Raspberry Pi 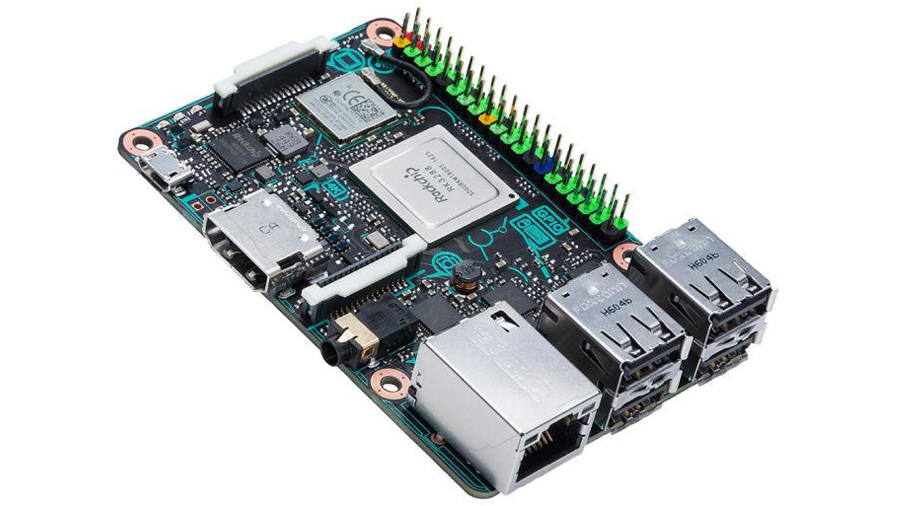 Since the Raspberry Pi was launched what seems like many moons ago now, plenty of similar tiny computer boards have hit the market, and now big-name PC vendor Asus has its own offering.

The Tinker Board has a name designed to appeal to the sort of computing hobbyists who are the target audience of Raspberry Pi-alikes – and indeed this effort is very much alike, although it beefs-up bits of the hardware (and also the price, sadly).

If you go the Asus route for your tiny computer, you’ll get a quad-core 1.8GHz ARM Cortex-A17 processor backed up with a chunky 2GB of LPDDR3 system memory. (Compared to 1GB of RAM on the Pi 3, and a 1.2GHz Cortex A53 CPU – although note that the latter is a 64-bit offering).

Other specs for the Tinker Board include wireless connectivity comprising 802.11n Wi-Fi plus Bluetooth 4.0, and it has a Gigabit LAN connector along with four USB 2.0 ports and a microSD slot.

There’s also an HDMI 2.0 port here, and the board can support the output of 4K footage if you’re planning to use it as a miniature media PC. On the software front, it supports Debian Linux with Kodi (media player software).

Via and Image Credit: Engadget