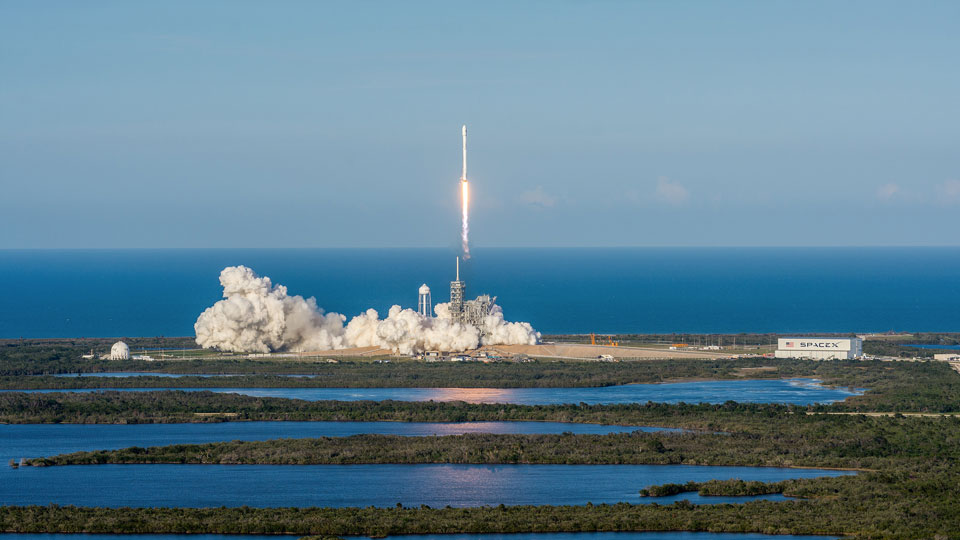 Rocket fans, get excited – because SpaceX just made history. The private spaceflight firm has for the first time ever.

This moment has been in the making for 15 years, since SpaceX was founded in 2002 with the goal of revolutionising spaceflight. Since at least 2011 the company has been working on making rockets reusable, and in December 2015, it for the first time. Then it repeated the trick a bunch more times, including .

But now it's taken one of the rockets that it landed last year and launched and landed it again. This particular one was first launched in April 2016, and was put on the launchpad last night equipped with a communications satellite.

It lifted off as planned at 6.27pm local time, then the booster separated from the rest of the rocket and flew to a landing pad in the Atlantic ocean where it touched down for the second time.

Shortly afterwards, SpaceX CEO Elon Musk appeared on the company's public livestream to discuss the landing. "It means you can fly and refly an orbital class booster, which is the most expensive part of the rocket. This is going to be, ultimately, a huge revolution in spaceflight,” he said.

SpaceX reckons that reusing rockets will let it cut its costs by about 30 percent. But more importantly, it'll gain the company a lot more customers – Musk said that many firms were waiting for the outcome of the launch before agreeing to fly on a recycled rocket.

The historic rocket will never fly again – it'll now be donated to the Cape Canaveral Spaceport for display. But its successors will be able to fly 10 times before refurbishment, and about 100 times with moderate reconditioning.

And Musk already has his eyes on the next prize. He tweeted shortly after the launch that the company's next goal is to get rockets ready for reflight within 24 hours.

Another six pre-flown Falcon 9 rockets are due to launch this year.

Self-assembling chips could help us keep pace with Moore's law

Self-assembling chips could help us keep pace with Moore's law